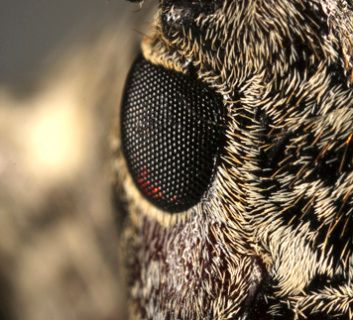 I'm offering 2 calenders of my photography for the upcoming year - Floral Visions 2017 and Amazing Insects 2017. They're available by mail order at $25 each (includes postage) by sending a check or money order to :

Unfortunately I'm currently not set up to take credit cards.

Check out how they look in my portfolio list.

I want to let you all know about 4 photo exhibits that I will have up during 2016.

At the Como Park Zoo & Conservatory in St. Paul, MN

At the Missouri Botanical Garden's Butterfly House in Chesterfield, Missouri, I will have 2 exhibits -

I will be doing a book signing for my book 'Minnesota Bug Hunt' along with the writer Bruce Giebink on Saturday morning, May 24, from 10am to noon at the Minnesota Zoo in Apple Valley, MN.

I also have two new and different photo exhibits running throughout the summer. The first is at the Minnesota Landscape Arboretum in Chanhassen, MN. It's titled 'Bugs and Butterflies' and will be up from May 18, 2014 through July 20, 2014. Photos and notecards will be foe sale at the event.

I will also be doing an insect photography class at Morton Arboretum in Lisle, IL., on June 26 and June 27, 2014. The June 26 will be an evening class on photographing insect by using blacklights, and the June 27 session will be finding and photographing insects during the daytime.

A couple of things I'd like to let all the visitors to my website know about, 2 photo exhibits and a new book.

Secondly, if you're in the Vienna, Virginia area, specifically Meadowlark Gardens, my travelling photo exhibit "Insect Pollinators - Beyond the Honeybee" will be on display from April 7 through July 15, 2013. The times haven't been set yet, but I'll be doing an insect photography class at the gardens on Saturday, June 1, 2013. As soon as I have the times, I'll post them.

And thirdly, I have a new book coming out - "Minnesota Bug Hunt", a childrens' book - writing by Bruce Giebink and photography by Bill Johnson, published by the Minnesota Historical Society / Borealis Press to be released April 1, 2013. Go to the MHS website - www.mnhs.org for further information.

As you will see, my specialties are in plant and insect photography. While traveling throughout this site you will visit portfolios containing over 350 images that I’ve chosen to represent a cross-section of my work. Due to the nature of the subjects, this site will frequently be adding new material and continually evolving over time. Eventually, there will be E-commerce offered with my material, so stay tuned for that and check back for updates. So, please feel free to explore and enjoy the world that's just under our feet and in our gardens and backyards. Wonders never cease!

An update from December, 2011. I've added a new portfolio - in 2 parts - A Gallery of Pollinators. This is a group of varied insects, besides the Honey Bee that are involved either intentionally or accidentally in flower pollination. Enjoy.

As you will notice for each photograph, you will find the taxonomic Latin ID names for the various species shown along with my Photo Stock Number for that particular image. The majority of my work is with many magazine and book publishers selling stock images. If you’re interested in anything you see, please feel free to contact me via e-mail via the 'Contact' page, and please include the Photo Stock Number with your request.

I would like to acknowledge a couple of folks who have been instrumental in verifying some of the ID’s of some pretty obscure insects that are not often shown in photo ID keys. As for a lot of the leafhopper ID’s, of which many are in the 1-3mm size range, I want to foremost, thank K. G. Andy Hamilton, Ph. D, specialist in the family Cicadelldae, at the Canadian National Collection in Ottawa, Ontario, for his ID's of a lot of these rarely seen leafhoppers. A few additional people I do wish to acknowledge are Warren Steiner, Jil Swearingen, Bob Patterson, Eric Eaton, and John S. Ascher, among many others who have added much invaluable information.

I’d like to add a quote from a book I first came across when I was a young child just beginning my lifelong love affair and appreciation of the wonders of the insect world. I find it to be a fascinating and thoughtful mind picture of the resilience of the insect as the ultimate survivor, and hope that you will too.

When the moon shall have faded out from the sky, and the sun shall shine at noonday a dull cherry-red, and the seas shall be frozen over, and the ice-cap shall have crept downward to the equator from either pole, and no keels shall cut the waters, nor wheels turn in mills, when all cities shall have long been dead and crumbled into dust, and all life shall be on the very last verge of extinction on this globe; then, on a bit of lichen, growing on the bald rocks beside the eternal snows of Panama, shall be seated a tiny insect, preening its antennae in the glow of the worn-out sun, representing the sole survival of animal life on this our earth. – a melancholy “bug.”